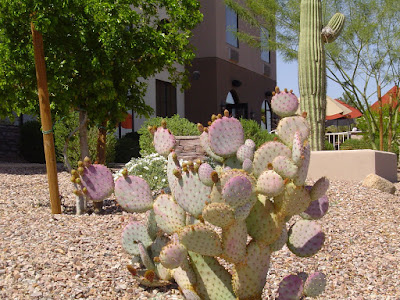 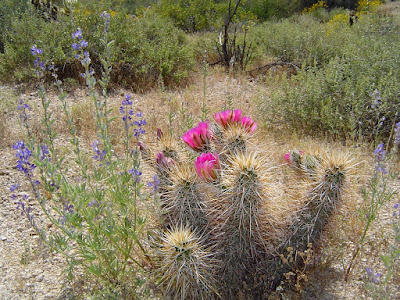 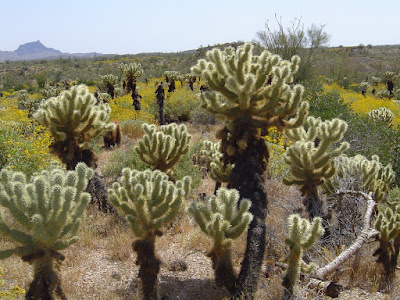 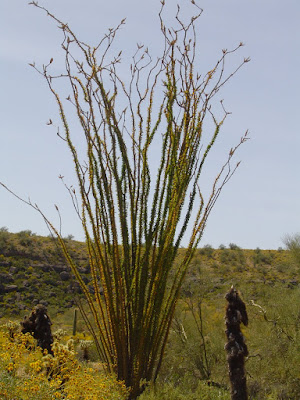 Yes, the farmer tan has once again marked my skin. By my 7th day in Arizona I appear to be developing a tan rather than the initial red glow... and they laughed at me using SPF 45 Sun Block!

Waldek, our team manager/soigneur and philospher has been a constant source of wisdom and advice. After drinking only 2 of 4 water bottles at the last race he has been continually expounding the importance of hydration. “Water is powerful. It moves boats”. He’s always good for a quote.

My job at the 2nd NMBS was not only to finish well, but to completely drain my bottles every lap. This job was made easier by the fact it was a 40+ minute lap and 30 degrees out. The penalty for not drinking would be cleaning the water bottles of the entire team.

The race
I got my first front row call up for an NMBS race and was ready to gun it for the front. My start got off well, but I saw my team mate Katerina go down hard on the pebbly ground before the single track. The course narrows really quickly and I found myself in a train with Emily Batty, Wendy Simms and a couple others. Georgia was already starting to pull off the front.

After some tedious blocking by others, Wendy and I moved up to the first chase group of Subaru-Gary fisher duo Heather and Willow, and Trek gals Lea and Mical. I happily settled in here for a while as Heather and Willow traded pulls and I gauged my effort level to the girls around me. After a while though I could feel the front of the race slipping away from us and decided it was time to shake it up. I jumped from 6th up to 3rd and then timed an attack leading towards a series of short, rocky descents and climbs. It worked and I found my self in 2nd with just Willow on my wheel.

Australian Delys Starr joined us soon after, but we were able to establish a large gap by the rough rocky descent leading to the finishing stretch. Willow and I were working well together trading pulls in the wind until I looked back and she was gapped. I had to go solo then (later found out she flatted) and came through the start to my 2nd (and last lap) in 2nd position with a nice gap on 3rd. Looking back through the cactus fields I could see Delys and at a gap a group of 4. I was reeled in by Delys and could feel the other 4 bearing down on me. On Delys wheel I was able to rest a bit and new I had to attack before the descent. I was able to get by and was joined by team mate Katerina Nash. Katerina took the front and Delys and the other chasers dropped from my wheel. All was going fantastically to plan until Pssst! Crap! I punctured on a rock. I hoped it would seal, but no luck. I used a Co2 to reseal it hoping the pressure would allow stans to fill the hole, but it was a nicked rim and it was deflating as quickly as my Co2 was loosing air- the spring jammed in the on position. So I have a flat, a tube, but no air. I rode the front flat in as gently as possible, being passed by many women until my tire finally gave up and rolled of the rim. Yeah my mechanics are loving me at this point!

Eventually I get a Co2 from a women sidelined with a snapped derailleur. As I fix my flat Mical stops in for a casual visit. Stopping long enough to say “You too?” and having a little chat before heading to the finish. I rode in for a stunning 34th or something with my battered rim. Bummer.

All but one Canadian flatted that race Amanda Sin finished in 12th right behind my team mate Chloe. Georgia again took the win followed by Katerina. As crappy as my luck was Katerina had it tougher. After the race Waldek checked out her wounds from the crash. There was a toonie sized patch of skin missing from her knee exposing bone. She was whisked off to the hospital where I picked her up several hours later with a sore and stitched knee. She’s supposed to immobilise it for 10 days. She can get her stitches out the day we head to Europe for the first World cup. Needless to say, she’s pretty bummed out, but we’re confident the rest won’t hurt her awesome form and she’ll be going strong for the World cups.