Fruit trees and Breaking the Law in Kamloops 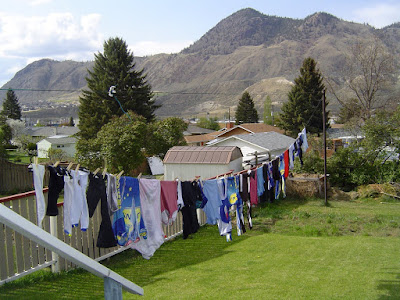 I'm a rebel
My first day home was warm and Sunny. I figured I'd be environmentally friendly and hang my clothes to dry. WRONG! In Kamloops it's against the law! Have you heard of anything more ridiculous? I think a letter to the editor or mayor is in order 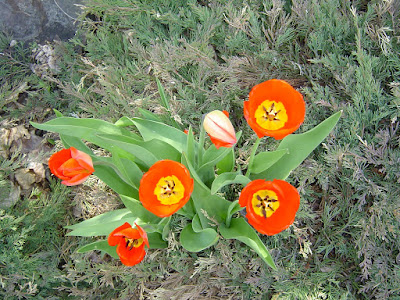 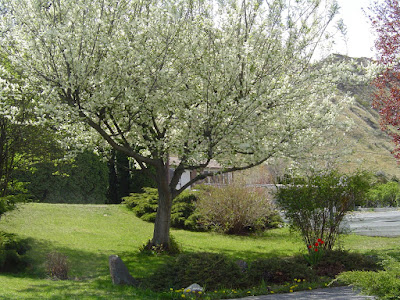 Our yard smells so good. And look green grass! 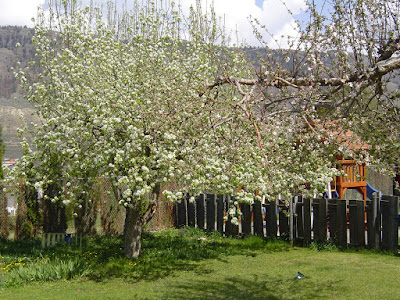 Our pear tree is looking awesome. The Cherry and apple tree both appear to be half dead unfortunately, but maybe I'll learn how to nurture them back to productivity!

By the time I made in back to Canada I was throughly confused over what languages to use. French in Belgium, German in, well, Germany, Spanish in Spain and English in between. I was saying Danke to English folk, Merci to German and feeling really in need of some practice with both french and spanish....but they didn't have raspberries in cuba. It's amazing how one's vocabulary is shaped to the culture where they learned it. Que Rico!

Anonymous said…
Thanks Catherine for your great blog! We're there in spirit cheering for you at each race. The clothesline thing is interesting - our premier here in Ontario just passed a law making it illegal for municipalities and sub-divisions to ban clotheslines. Many areas have banned them as "unsightly". The provincial government says too bad, they save energy.