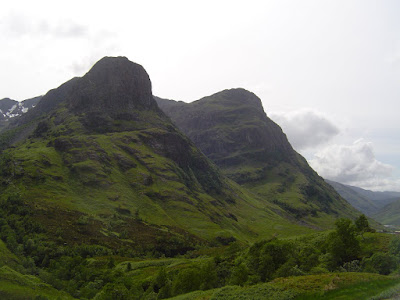 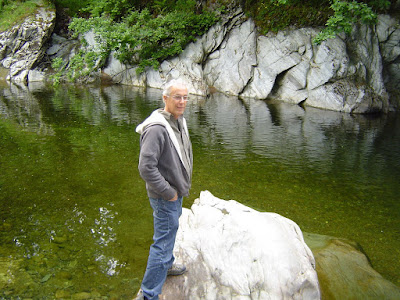 My dad at the swim hole near our place. The day before the race Waldek threw me in...but was nice enough to give me the choice of weather I wanted to take my jacket off first! 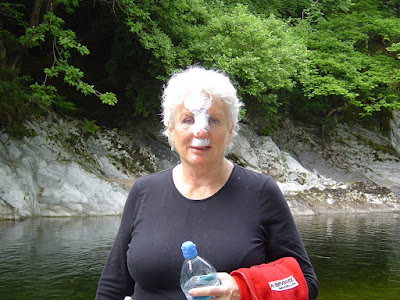 Mum took a wipe out on the course! Ouch 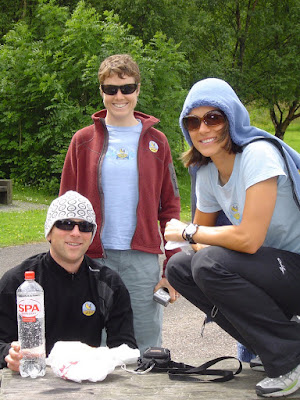 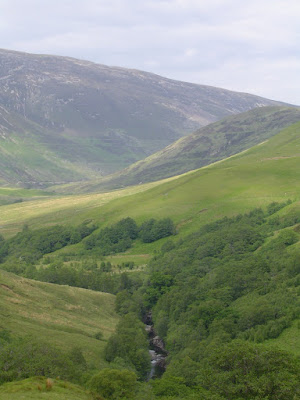 The cool valley near our place. The parallel lines on the hills arefrom glaciers pushing a lake back over years.

After finishing 6th at the Worlds in Fort William Last year I was hoping this was going to be another podium weekend for me. We got to Scotland Tuesday afternoon and did a road ride up this amazingly beautiful valley that had perfectly even lines running along it from glaciers of old. We stayed in a house so were able to avoid too many overcooked vegetables and heavy Scottish dishes that just don’t leave the gut feeling that great. My parents arrived on Thursday and joined us for dinner at the house. The next day they walked the course and my mom managed a good face plant on the trail, bruising her forehead and needing stitches on her nose. She kept up great spirits though!

The course was pretty much the same as last year with the last section of climbing removed as well as the last descent and ride along a rock wall. It’s a fun course and I was feeling pretty good. I lined up with the number 5 plate and a front row call up. My start was okay, but I just couldn’t get really rolling on the climb and just cracked the top ten I think. Lap 2 I was worried as I wasn’t where I wanted to be, but it was going to be a long race and I had no chance to settle in if I was going to finish well. I raced hard and consistent and was happily surprised with how my endurance was holding up for the intensity. Unfortunately on the day 11 other girls were just faster. Last lap I was riding with Georgia and Maroussia when Maroussia attacked on the flat with a couple minutes to go. Georgia tried to cover it, but I didn’t have the jump and they both beat me to the line. 12th isn’t a bad result, but after 4th last weekend I was disappointed. Hopefully I climb closer to the podium at worlds.