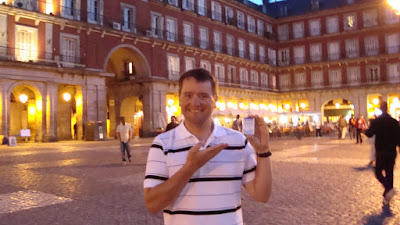 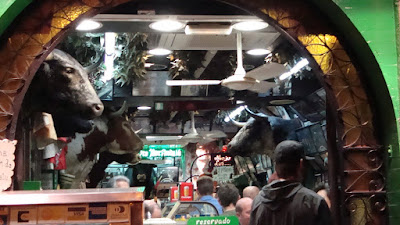 So spain. Unfortunately the food did not get any better than last year. Our pre race meal was at an italian restaurant that was closed till 8pm, but they let us in for the Lunch buffet leftovers. As I chowed down on our best meal to date i was wondering if I would get food poisoning from some food not kept at the proper temperature the last couple hours.

I went to bed excited for the race. My form has been so good the last few weeks and i was keen to try to prove to people that I could do well on a course most people thought didn't suit me. Last I checked though all the girls riding at the front have been lighweights so i figured my chances should be as good as any. Oh yeah, and it was muddy, real muddy. Unfortunately we realized too late mud tires may have been the way to go.

I got my first front row WC call up of the year and went on to have my best start of the year. I felt good on the flat start and my team mate Georgia had moved quickly from 24th to beside me. Maybe we'd be able to do some team tactics today. I had planned out the start well and knew when to move up so that I was 4th wheel when it counted. On the 2nd steep climb i dropped my chain, but was able to put it back on while running up and regainned the leaders by the descent. It was this descent first lap I later learned Georgia flatted on. Luckily she was close to the Tech zoe and had a pretty quick wheel change and got back into the mix hammering through traffic up to 14th by the finish.

Things were looking good. I was sitting 4th wheel with Fullana, Premont, Byberg, Osl, Lechner and Maya W in a group, but I went down on a slick corner and had to bring up the rear. The first three were able to roll away on the next series of climbs. Through the start finish i was in a group of 4 and we all started working together to reel in the leaders. I was leading into the climb and stomped on it, but no one went with me so i had to try to solo it up to the front. I got close. Really close, but just couldn't get their wheel and started loosing time to them as MHP drilled it up front. I stayed solo till the last lap. Three girls were pretty close behind including teammates Osl and Spitz. Sabine Spitz was able to bridge across and pass me. I tried to stay with her but when she cleaned the slick climb i had dismounted for, she got a gap. With less than 10 minutes to go i focused on reeling her in and fending for the last podium spot.

Sabine's bridging effort seemed to hurt her and she was dangling in front of me. I was chasing her down hard into the finsh, but came up a little short. 5th on the day was pretty good though. I definitely felt I had the form for a top 3, but a couple slide outs on slick corners were enough hold me off the podium.

Next up...3 days at home then off to Alabama for the Bump and Grind