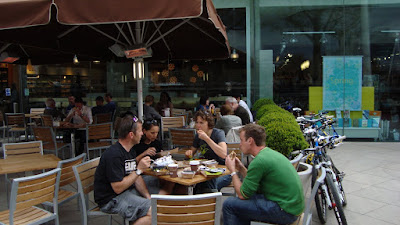 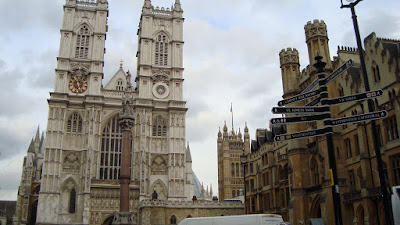 Westminister Abbey with the house of Commons in the Background 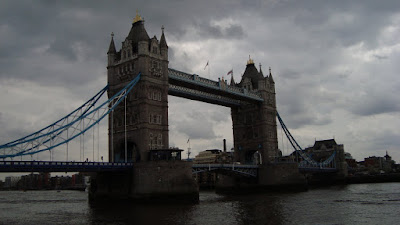 Monday we packed up the van and drove to London. We had met a BBC World correspondent in Dalby doing a story on Absalon and after drawing us a very convoluted map of London and places to see, figured he'd just take us on a biking tour.

So within 3 hrs of arriving in London we had had two cappuccinos, lost Katerina, found Katerina, had ridden over London bridge, tower bridge, and around Buckingham palace, Westminister Abbey and the House of Commons. Pretty exhausted at this point we went to Ping Pong for dinner where we got to try some great dumplings, soups and rice wraps.

We over nighted outside London and then drove onto a train to go through the eurotunnel to France and then on to Belgium. It was a long day of travel with a failing rental van, but we made it and the sun is shining!

Now in Houffalize we had our first ride on the new course. It's pretty climbing intensive in Houffalize style and at the moment dry and dusty. They're calling for rain tomorrow, but a dry weekend.