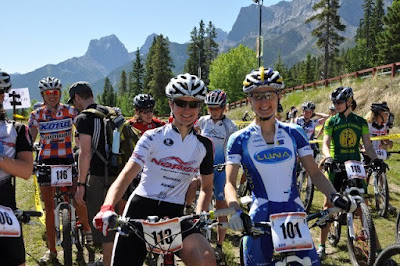 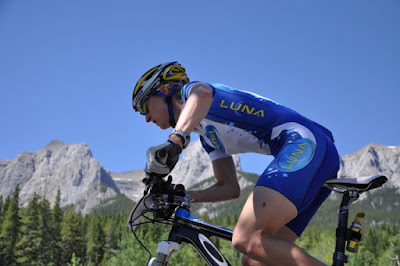 As Keith and I drove from Revelstoke to Canmore I started getting excited to race. Marie-Helene Premont was sure to be on form after her 4th at the last world cup and she was going to force me to be on my A game.

After a beautiful and sunny drive through the mountains with some rest stops we arrived in Scenic Canmore with it's vertical mountains on either side of the valley.

Although Canmore used to be a regular stop on the World cup circuit, that was before my time and I was excited for the chance to not only race there, but ride as well. Our house mate Matt had spent the fall there building trails.

Keith and I got in some good rides and preparation (including some river dips), some good visits and dinner with friends and were ready for race day. The only thing that disappointed was receiving word that Marie Helene would not be attending due to Bronchitis.

It felt anti-climatic as I had prepared myself for such a great battle on the bike, however I knew Amanda Sin was on form and awaited my next challenge. I was also luckily to have my in-laws and my father there cheering me on. There were so many great people out on course keeping us motivated to push. Thanks guys.

Race day approached and it could not have gone any better for our household. I got off the front early and worked on extending my lead by racing the best race I could on the hilly, rough, rooty course. Amanda Sin Chased me down, herself being pursued by Mical Dyck, my housemate Catherine Vipond and Sandra Walter. The Under 23 category, starting 45 seconds back, saw some of our strongest women (Emily Batty and Mikaela Koffman) race through the elite field to post top 5 times in the Elite category. 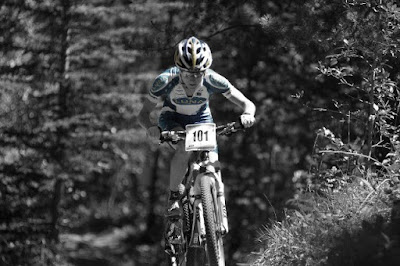 My race was thankfully uneventful with the awesome support of Keith and the Maxxis team of Garry Wolffe and James Sullivan having my bike race ready and the pits manned. The rest of the luna crew was busy as well winning both the US National Champs (Georgia) and the Czech Republic Champs (Katerina). Go Team! 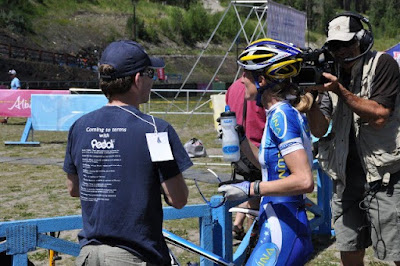 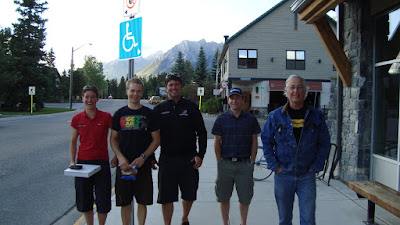 While the gals gave urine and blood samples to doping control, the guys were lining up to race. Obvious favourites were Geoff Kabush, Max Plaxton and Derek Zandstra. But any number of guys would be hotly contesting 4th through 8th and hopefully earning themselves a position on the team for World championships.

Our housemate Matt got off to a good start and settled into 7th position. By 5th lap it looked like we might know our race results Geoff had gotten off the start and Max and Derek were chasing. In the battle for 4th Watson was moving though the field as was Hadley. After sitting in 4th for the entire race Kris Sneddon was caught by Matt in the last km and launched an epic sprint for the line which he took with a massive effort and huge smile.

A first and two 4ths for our house and 3 national championships for the Luna team as well as an xterra win by Shonny, made it an awesome weekend.

Canmore was a great venue for Nationals with a lot of course potential, lots of great restaurants and of course good coffee shops!

Catherine and I now head to Europe while Matt and Keith head on a biking road trip to Fernie, Rossland and wherever their hearts desire.

Ken Pistak said…
Congrats Catharine, and go kick ass in Europe! On a side note, it is great to see I am not the only guy out there who still rocks a jean jacket. Good job Mr. Pendrel!