Despite logging over 60-80hrs of travel in the last week+, I seem to have found very little time to tell you about any of my travels.

The first World Cup of the Season was in Pietermaritzburg, South Africa.   The course was fantastic.  The organizers had obviously put a lot of time into it and the weather conditions, unlike the previous weekend where they got 100mm of rain, were fantastic.

The Luna crew flew into Johannesburg and then did the 5+hr drive south.   The  scenery was much like Colorado and Utah until we were almost to our destination about 100km from the south east coast and it became more lush and rolling.

We were caught out by the season change to fall (having changed hemispheres) and got to the course ready to ride at 4:30 only to have it be really dark and start thundering by 5:30.  Bummer. We did get to see some vervet monkeys though.

South Africa, doesn’t look too different from North America, however the obvious racial distinctions in economics and life left me feeling unsettled there, not to mention all the talk of crime rates and the fact that every home and hotel was lined with electric fencing, often advertising an armed response to prevent home invasion. 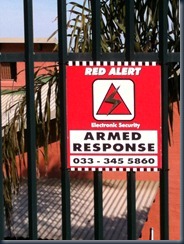 My race was good.  I still don’t feel like I have achieved that top end speed, but then I haven’t really trained it yet so am pleased to have finished 4th with room to go in my training.   The first lap of the race was very controlled as all the climbing was singletrack and passing was virtually impossible which meant the best sprinters lead the climbs until there were fire road sections where you could hopefully outsprint them for the woods.   I had moved up only to get caught behind a crash in the tricky rock garden and lose positions again.

I was shocked to go through the start/finish and be able to see the 3 leaders just ahead of me.   I never was able to get into contact with Julie who was the first to clear traffic, instead I settled into a familiar spot, battling for a medal with Irina.   A couple laps in the Chinese Rider Ren Chengyuan bridged up to us.  I rarely have a woman urging me to descend faster, but she was on it and went on to catch Julie and take the win.  She definitely has to be commended for being the most aggressive descender on the day, not to mention having the fastest legs by far.

In my battle with Irina for 3rd I noticed I could eek out a small advantage on the climbs and in the rock garden leading, but she would close it in the transitions.  I decided to follow her for a lap and see what i could learn.  I learned being 2nd wheel into the rock garden allowed gaps which I wasn’t successful at bringing back and Irina went on to take 3rd while I settled for 4th. I know I am capable of more and will be up there this season, but to be the best I have some small technique things to work on and have to bring up my top end speed.

But enough of racing, off to the Safari! 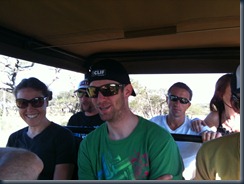 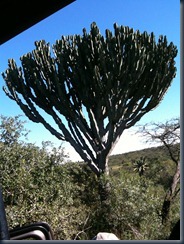 Uphobia trees are extremely poisonous and can blind you 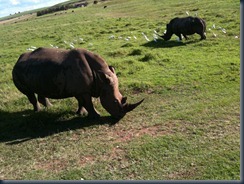 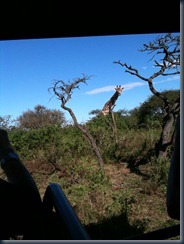 My favourite, the Giraffe!