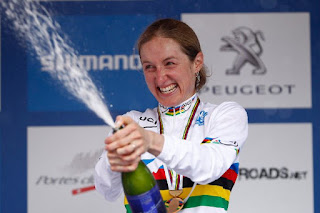 Congrats to all of team Canada on a stellar week of racing!