Well there is really no better way for the season to start than with reuniting with the team for a fun weekend in Texas, not to mention having good legs and feeling sharp technically.

It was my first time to Texas and there were quickly some cool things to note
When you say “Have a good ride” to some one they may respond “Yes mam”
People write yall in emails
I saw a live camel being transported along the highway.  Yup that was a double take
Happening downtown in Austin
Fun fans with lots of young girls taking up our sport
Cool trails to ride 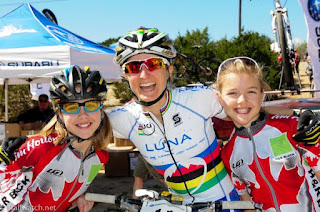 In the past, the race has been held on the infamous (lance) Armstrong ranch.  That property being sold we now ironically raced at the Ullrich family ranch. 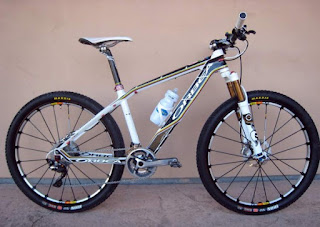 The race was going to be fast, sub 1hr 20 with only 4 laps and the field was stack with the top US Olympic hopefuls all in attendance.  After 10 days in the desert and having just received my new and stunningly beautiful bike care of our awesome mechanics Chris and Zak.  I was feeling good on the bike and excited/nervous to see how the legs really were.

The Race
Georgia took the holeshot from the gun, followed closely by Emily Batty, Katie Compton, Amanda Sin and Myself.  Position into the singletrack would be key today.  The race could easily get away from you just by being  stuck in traffic as the lead motored away.

Before the first full lap I was able to jump to 4th and follow the train for a lap, getting a feel for how everyone was riding and feeling.  Everyone was riding well!  From behind I could hear Judy Freeman trying to get in contact with our group.

Sitting 4th wheel was a bit too dangerous.  Anyone who made a mistake on one of the step ups or got gapped in a corner would put me further from the lead so going into lap 2 I went to the front and pushed hard down the first descent and up the climb that seemed to hurt the most the previous lap.  Sure enough, by the crest it was down to 2 riders.  I had initially thought it was Georgia who had my wheel, but it was Emily Batty encouraging me with news we had a gap.

The descents were loose with tight corners so it was a balance of trying to be fast enough to maintain our gap, but not overshoot the corners and go down.  On the next rough section I heard the sound of a puncturing tire and Emily’s dismay at a good race going sour in a hurry.  Emily had the legs and skill to push me all race, but instead today would for me, be about staying focused solo off the front.

People always ask how the race breaks up, but really when you go of the front it’s hard to tell what is really going on in the race behind you.  I know all the girls are strong and riding well and it will be fun to see how that shapes up at the first World cup and Olympic selection event March 17th in Pietermaritzburg.

Congrats to Judy freeman on a stellar ride, moving up from 5th to take 2nd and to Pua Mata who took 3rd ahead of Katie and Georgia.

Thanks Ted and Tobin for putting on a great event and for recognizing equal prize money for men and women.

Thanks Terra for hand delivering my skin suit 10 minutes before the race start when UPS didn’t make their deadline! Zak for tirelessly getting me dialed in on my new equipment and Waldek for that long awaited massage that makes the off season so long with out you!

Anonymous said…
Hi Catharine!! Congratulations!! It looked like an amazing day, an amazing race. Way to go! 2012 is going to ROCK! :) We're cheering for you back in Fredericton. Sue Fenzl
10:07 AM