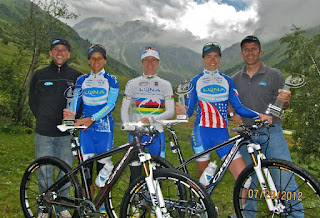 Luna goes 1, 3 and 5 overall on the World cup and Waldek goes loco on photoshop.

How times have changed!

I can’t believe that I haven’t written about winning the World Cup overall yet!  I guess there have been other things on my mind!

It has been good year and definitely a full year with training camps starting in January and World cups starting in March and of course, always the Big O in the back of your mind.  The start of this year would also be my first time racing internationally as the World Champion, something I wanted to do well. A big year indeed; It got off to a great start with a 3rd in South Africa and remained solid throughout.

I have been going event to event, but always with one event in the back of my mind and now I am finally on the trip that will culminate with the Olympic games. So yes there has been a lot on my mind and with moving from one focus to another sometimes you don’t make enough time to acknowledge all the joys along the journey.

I have come off a great couple weeks at home, the local boys generously offering themselves up to help me in my interval sessions (Thanks Chris, Keith, Paul, Evan, Pete, Martin and Aaron you guys rock!), trying to improve on those embarrassingly poor starts at the North American World Cups.

Many of my competitors chose to prepare at altitude, but for me altitude is a training unknown.  The gains made by being home, sleeping well and training on known terrain have been very dependable the last few years.

The Tuesday before Val D’isere Keith and I flew to Europe for World Cup finals. At midnight the following day we were finally tucked away in our hotel at 1800m with a ride and river dip already in our adventures. 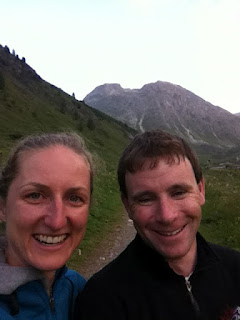 Keith and I checking out the stunning views surrounding our apartment 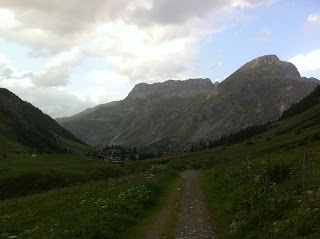 My pre-race training was good and sleeps okay.  I felt fast and technically sharp and was happy on the course and was fired up to see if I could start better.   Being ranked number 1, I got to choose the best line for the start, which was significant on the rough grassy start there.

The start was bizarre though, we didn’t know it would be an air horn and the air horn didn’t have enough air but eventually choked out a noise some girls realized was our starting gun.  Delayed, but off and holding my own until the first corner where a rider cut in on me and next thing I know I am at a standstill watching the field stream by with my crank caught on the wrong side of the course stake which was intended to hold the course tape, not the racers.  When I got going again I was in the 40’s.

Luckily the first climb was long and open and I picked off enough girls to reach the top 20.  After the climb though there were no opportunities to pass until mid lap.  The other racers seemed content to sit in line waiting for riders to clear.  They weren’t racing to win.  So I got off my bike were possible and ran past them, gaining 2-3 positions this way.

It was probably the most frustrated I have been in a race, wanting to move forward, but unable to.  I eventually worked my way up to 11th, but from there, just stalled.  Rather than my normal climbing prowess I was just maintaining or losing ground.  I suffered and it wasn’t much fun.  Over the course of the next 3.5 laps I moved up to a disappointing 9th.  It was not how I had envisioned my last race before the big show and this overshadowed the Overall title for sure.

I’m not really sure what was up. My body was off, be it travel fatigue, altitude, starting too hard, prepping too hard at altitude or just a weird day, but my overall Olympic preparation has been good and I know you don’t mysteriously lose form over a  plane ride so I head into my final Olympic preparation motivated, confident and with youthful joy and excitement….and yes as the World cup leader and World Champion.  Very cool and only achievable thanks to the great support of my husband, team LUNA, coach Dan and Team Canada.  Thank you all! 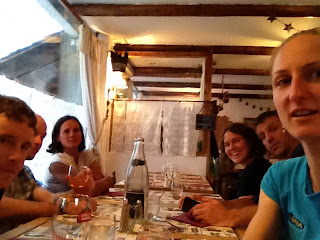