While most of my team mates are killing it on the Cyclocross scene, I’ve been home learning how to make cross country skiing a better training tool…. as well as hoping to try my hand at some racing.

I was invited to take part in two ski camps, the Glenn Bond ski camps and the Silver Star Super camps.  Both were fantastic! It felt so amazing to be back on skis.

I spent 5 days living at Silver Star, footsteps away from the trails and got 2 lessons in a day separated by lunch at the Bull Dog.  There is nothing quite like living on the mtn and skiing from your door.  Rather than worrying about “getting in a work out” I wanted to be fresh for my lessons and get the most out of them.  It snowed every night and the conditions became more and more like wonderland. 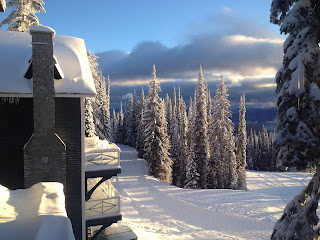 Leah Guloien and Sandra Walter join in for the weekend SuperCamp! 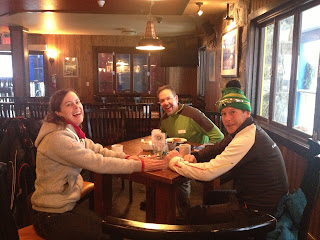 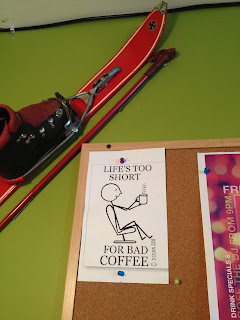 After a week there, Keith and I had to test out the DH conditions at Sun Peaks and our local xc ski trails teaming up with the Glenn Bond Camps.  Wahoo snow close to home too! I enjoyed more great company, coaching and skiing at these camps and had 3 evenings set aside to share my Olympic experiences, training and athlete development ideas with both camps. 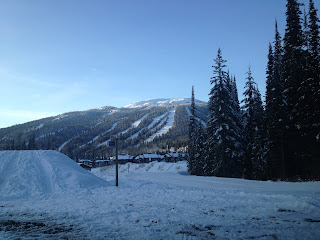 After all this skiing, I may as well sign up for a race right?  That was my pattern with mtn biking.  Find out about a race 2 weeks out, practice and go, except with skiing at least I’ve been doing it for several years…if not with great technique.

So got a license, got registered, went to Victoria to visit my brother, Sister-in-Law and niece while my parents were in town to visit, go for a bike ride with some fast guys, crash on slick rocks and then limp my way home with a sore back.  Several days later and some physio, and rolling over in bed without pain was still a challenge so I had to skip my Nor AM ski racing debut.  Boooo, but was able to do my first “training ride” today without discomfort.  I guess I have to settle for watching some killer xc ski race action at the Canmore World Cup next weekend and ramp up the ski miles until the next race presents it self!