I have spent the past two weeks with my parents at our family home, a 150-year-old farmhouse on 100 acres in rural New Brunswick (saying rural New Brunswick may be redundant).  Having gotten into cycling well into my teens and having left NB in 2001 for BC I really hadn’t explored my home province much by bike.  Now, plenty of 3.5-4hr rides in my training allowed me to get to know NB much more intimately than I had before.  NB may truly be one of the best places to be a cyclist.  There are so many beautiful quiet road routes and, in Fredericton at least, a network of bike paths and mtb trails to make any city or cyclist envious. 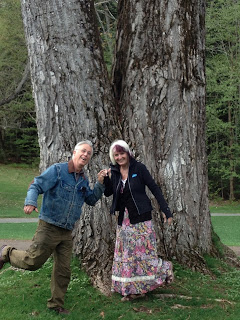 Mum and Dad indulge me with a cute photo op

With a stage race ideal for my training that first weekend, I checked out velonb for some upcoming races and found myself a road race in the Miramichi.  I couldn’t remember ever having been to the Miramichi and it had been a good number of years since road racing and probably 9 years since I had strapped on aero bars so why not? 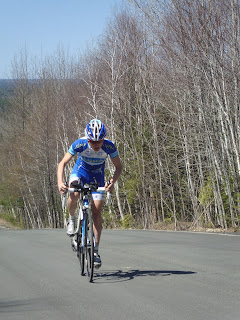 yup, those are aero bars


My memories of learning to road ride and race in New Brunswick were of getting dropped in the first 5 km and then riding by myself for the next 60km.  There were very few women so we raced with the men regardless of experience, age or ability…. much like today.

I created my own stage race weekend with a 15km prologue on Friday followed by 40 min of tempo.  Saturday was 120km with 1hr of motor pacing at the end.  This was quite hilarious as Dad and I figured out our communication signals.  I was flattered he thought I could accelerate and maintain 60km/hr up hills as well as his f150 did.  Sunday, 5 minutes from leaving the house for the Miramichi and the TT and road race there was a familiar knock on the door. “Really, way out here?” Yup, anti-doping was buy to collect a sample and then I was off to the races. 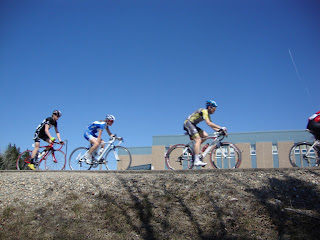 I had hoped that racing would be different some 10+ years later.  I decided to race the A men as I had a 5hr day on the agenda and I wanted to dice it up with the boys.  I had forgotten how a fit man’s ability to produce 1200+ wattage spikes trumps my ability to hit 800 Watt spikes even if I have been a mtb World Champion and am in the draft.  At 62 km in we hit 56km/hr and yup, 10 years later I still get dropped and have to solo in the last 33km.  So to all you women or men out there that struggle with the same problem, my advice
Never lose the draft.  It is self-survival
If you start losing a wheel, don’t feel bad for the people behind you also getting gapped and move into the wind so they can have the wheel!  None of us want to be that person that ruined someone else’s race, but you need all the help you can get!  Have them jump around you and dig like hell to hold their wheel.
Anticipate hard moves and be prepared.  Position yourself near the front
Get your equal ability friends to get out racing so you have buddies to enjoy finishing the race with if the drop does happen;-)

After that experience it was time to hit the dirt again and remember where I do excel.  NB has some of the most rugged trails out there.  You realize how densely forested it is and how much other places cut roots when you ride in NB.  A couple hours of riding here and you will be learning to master the art of off-camber roots and thanking your dual suspension. The mtn bike community in Fredericton is superb and I got out for some great guided tours of some pretty sweet single track. 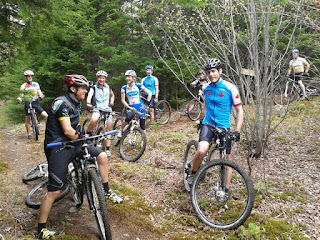 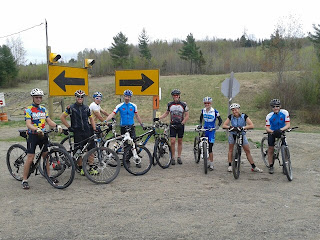 Time flew by with so much good riding to do, so much catching up with old high school friends and most importantly just being able to hang out with Team Mom and Dad! 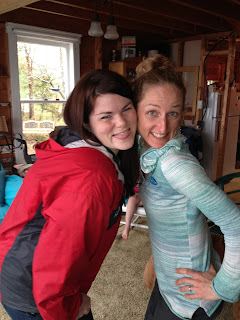 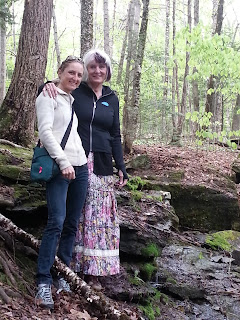 I am now en route to Germany for the first World cup of 2013.