- August 04, 2013
There is nothing quite like finishing your first race post injury and to even make it on the podium in a nice US Olympian sandwich!  Also congrats to country mate Amanda Sin on a fast 4th place and Judy freeman on a solid 5th. 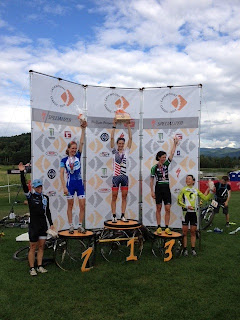 30+ women from the US, Canada and Columbia lined up for the US Cup finals in Williston Vermont, just outside Burlington. Arriving at the venue you feel like you have arrived at a PGA course.  The course was so well prepped.  Half the course was open windy grassy fields that snaked around the Catamount venue, the other half was mostly uphill singletrack...I actually don't think there was a descent as with the 2 gap jumps and the big huck we kinda just jumped to loose altitude! 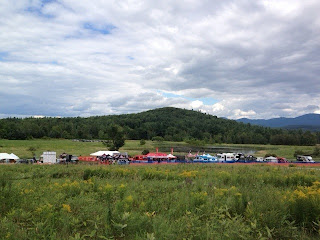 The women raced 5 laps and with the amount of wind I was hoping to get to the front with Lea straight away and put in a good fight for top spot.  I started great from the gun, but on the rare occasion i actually get a holeshot for 50 metres I always seem to loose 20 spots in the next 50 m.  That is exactly what happened and so entering the first woods I was outside the top 10 with no passing opportunities for 10 minutes.  By the time we cleared the woods I had managed to pick off/beg plead my way up to about 5th....but I was already 40 seconds off Lea. 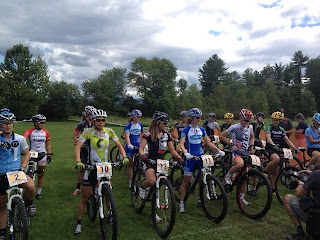 For two laps I went to the front of the chase which dwindled down to myself and Marry Mcconeloug. I could not bring in time on Lea however, in fact Lea was still putting in time on me really stepping it up in front of her hometown crowd. When we realized the win would be elusive today I took a lap on Mary's wheel and rested up for a later race move.  Going into lap 4 I made an attack and was able to gain a precious few seconds, but the course was such that every time you could gain seconds the rider behind could coast back up in the draft on a grassy decent.  For the last two laps Mary chased at a couple seconds back, the real separator between us being her sliding out on a grassy corner. I crossed the line a couple seconds ahead of her happy with a second place, a clean race and 15 jumps under my belt.  My shoulder felt great...just the usual tight neck and back muscles from supporting a weak area, but nothing I could say that slowed me down.

This weekend of racing was perfect to help me build my confidence and sharpen my legs for next week's World Cup in Mont Sainte Anne, Quebec.   Watch out for that Davison girl going for a podium too.  she's on fire!

Thanks to everyone at Catamount for putting on a superb event and not only supporting women's racing, but girls participation and development in mtn biking!
Festival of Fools in Burlington 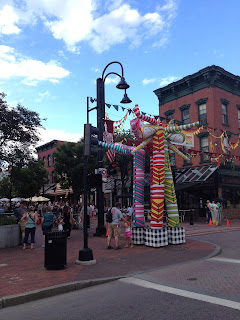 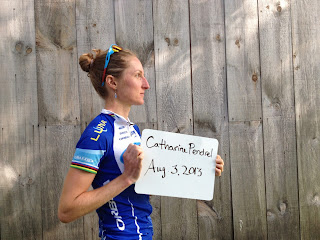 Getting a WADA mugshot! 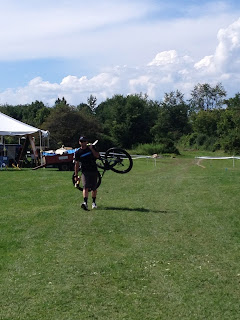 Meet the Pros event in Burlington 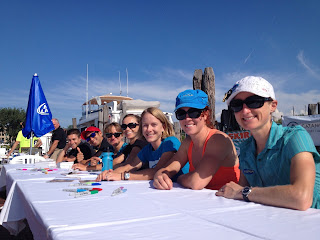 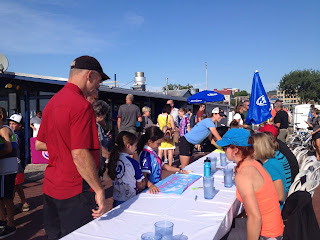 The fans were great at this event!