- May 26, 2014
I realized the other day that the last two articles I wrote for Pedal Magazine were “Overcoming Fear” and “Overcoming Injury”.  I joked that it would be nice to title my next article “What to do when everything goes exactly according to Plan!” but when does that ever really happen?

After a fun week and Canada Cup with my Luna teammate Maghalie and her family near Montreal, Quebec we were off to Europe for our first World Cups of the season.  I was excited and ready to be back at it, but also aware that I was coming down with a cold.  Really?  Can’t I just have a regular old problem free comeback?

The best thing about a cold that knocks you out though is for the first time EVER I think I slept 7hrs on an international flight and then had 4 naps between Munich and actually arriving in Nove Mesto!  All I seemed to want to do was sleep.  My body has a pretty killer immune system though so by Thursday I was feeling pretty good.

The course in Czech is awesome.  The climbs are wide enough to enable lots of passing but strewn with roots; the descents all lead to flowy undulating singletrack where you can open some space on rivals if you’re riding well.  It’s the kind of course that is hard not to have fun on, especially on a full suspension like I was riding. 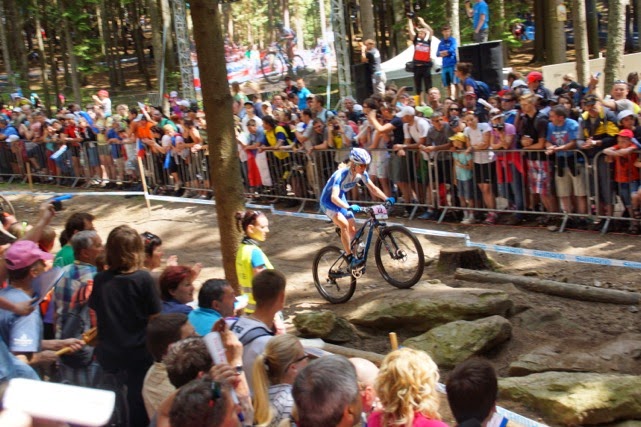 The weather was also phenomenal, low to mid twenties, but enough recent rain that everything was gorgeous and green or brilliant yellow.  We settled into our home at the Four Cats for the 3rd year in a row. 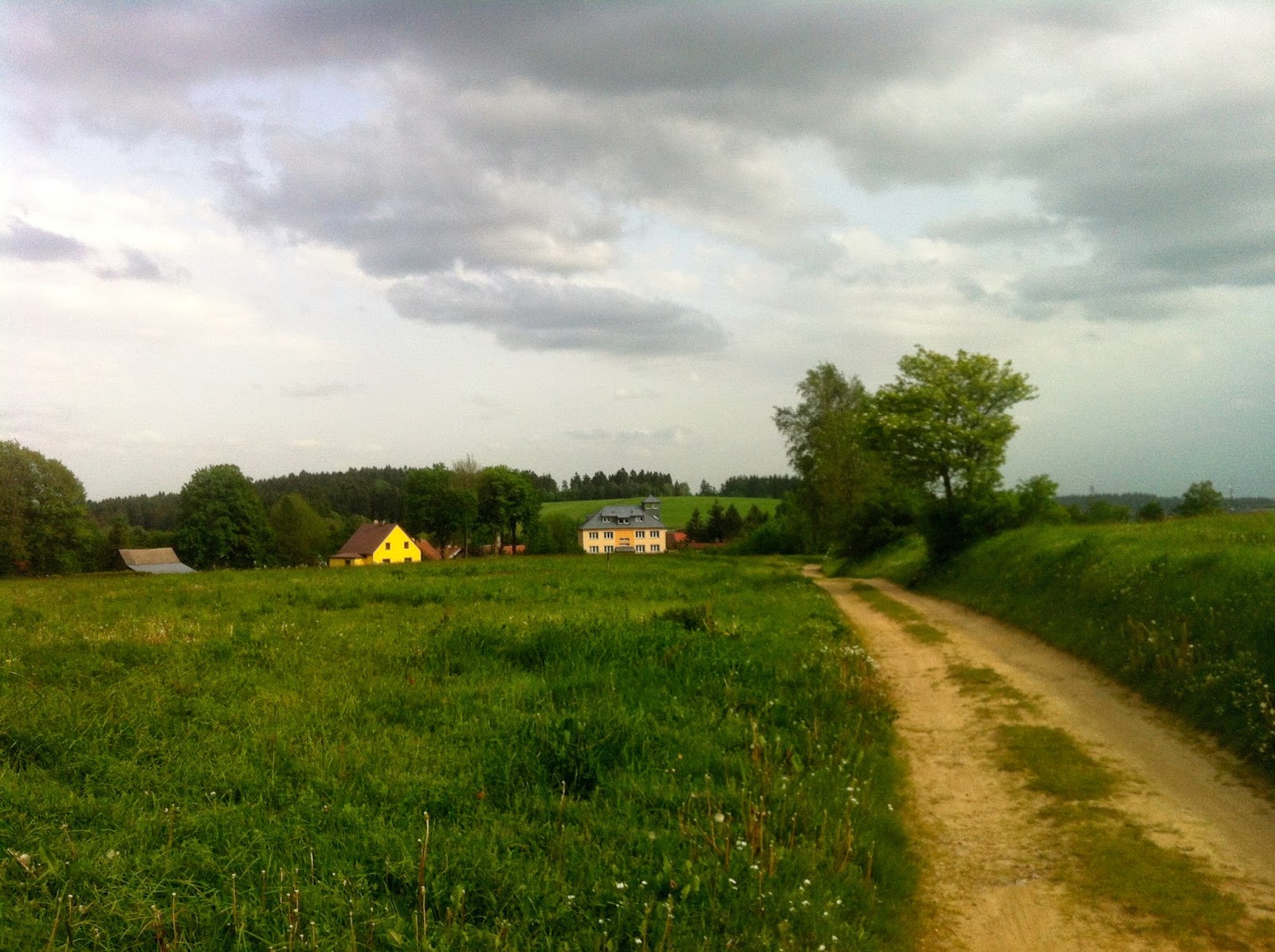 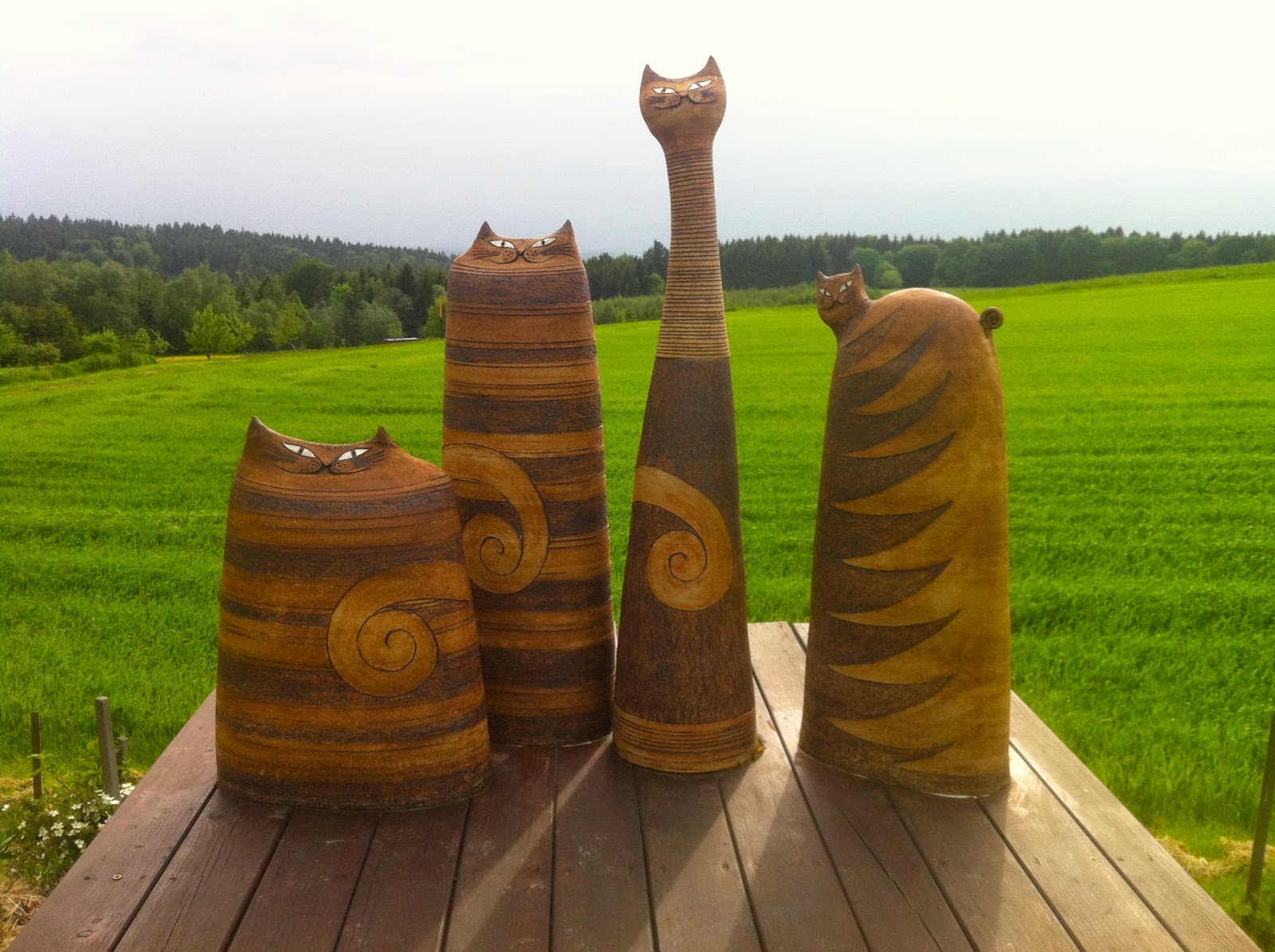 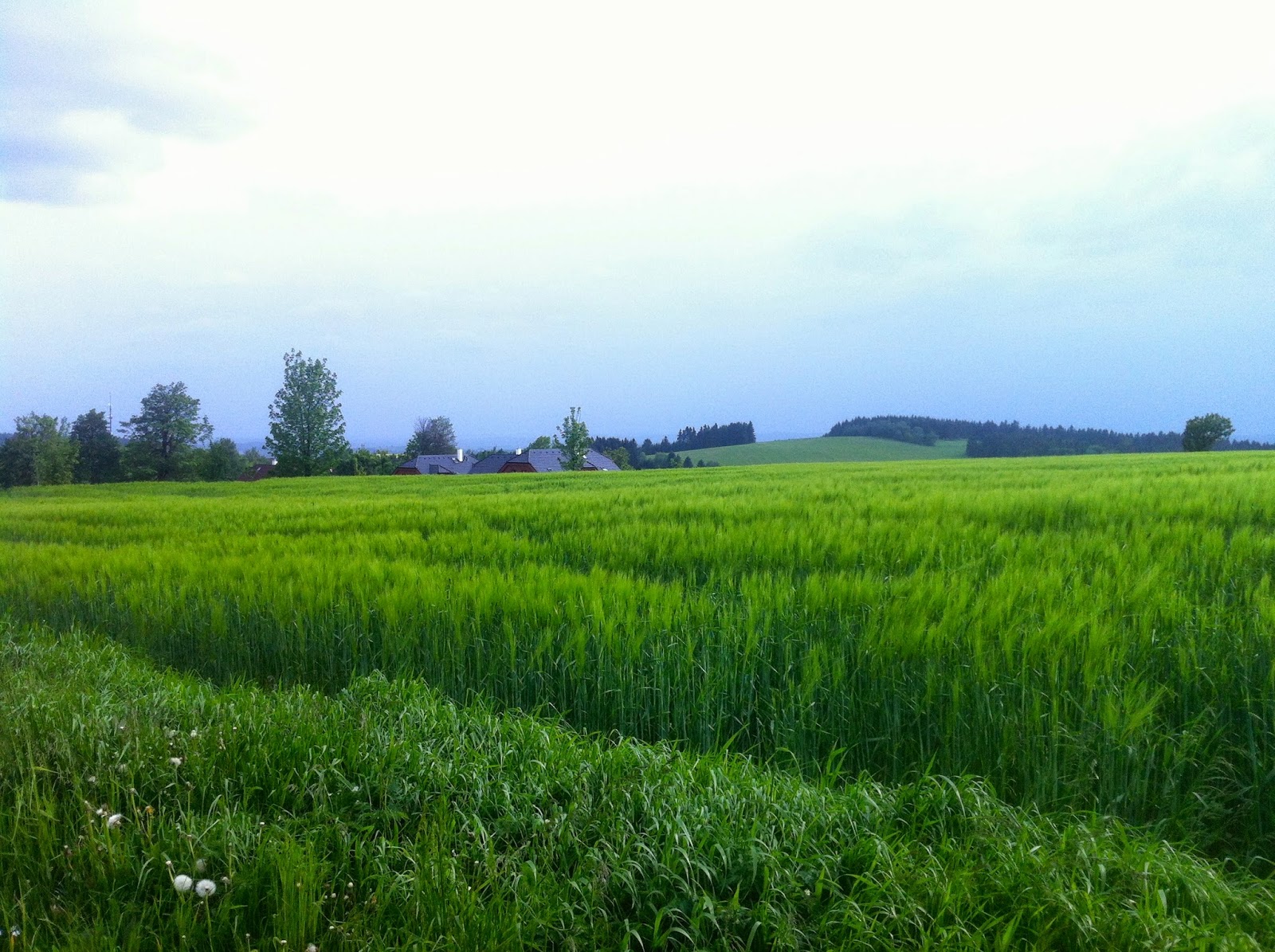 My prep was up and down, some days feeling sharp other days off.  The twinges of self-doubt when you haven’t raced at that level in a while were trying to creep in, especially after the Friday thunderstorm and slick Saturday conditions that resulted in me hitting a tree off of the vertical drop.  I had to do some serious regrouping Saturday.  Reminding myself of all the work I had done to know that I was ready for this race, reminding myself that I ride my best when I’m having fun, enjoying each moment rather than focusing on what could be or what was.

I went for a walk in the fields behind our house to clear my head, listening to Daft Punk “Get Lucky”.  It was such an awesome song I couldn’t help but dance; and why not?  I was alone in a field right?  So I’m really givin’er dancing down the lane oblivious to the two mtn bikers about to pass me… trying to pretend they didn’t just see that.  It was an awesome moment and got me back in the right headspace.  Have fun with Life! 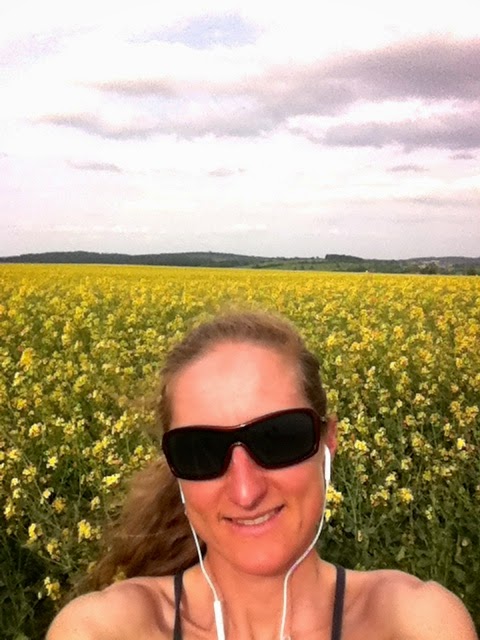 Pre-rock out session in the fields 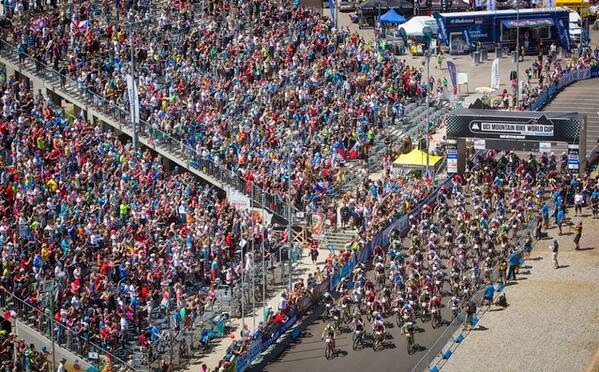 The race was awesome.  I felt strong and smooth.  I gained a few positions on the start loop so that I entered the singletrack in 15th.  By the time we had made it to the start finish however, the accordion effect of riding single file through tricky terrain meant I was already 50 seconds off the leaders.  I felt calm though and tried to leap frog my way from group to group.  It took me several laps of riding through roaring crowds, but I made it to the front, or so I thought.  When I caught Gunn-rita and Annika I thought they were the leaders.  Pauline was already so far off the front that I wasn’t even getting time-splits to her, so far that my win that day would be finishing second.  I’m not typically one to settle in, but for my first race back I was pretty happy to ride it in clean and consistent for 2nd on the day.  That being said I am pretty excited to tow the line with Pauline and the other top women again next weekend in Germany and do my best to ensure a tight battle for the win!
Thank you to all the wonderful people that really made this weekend shine Waldek, Dusty, Mike, Keith, Julien, Alex and my luna teammates. 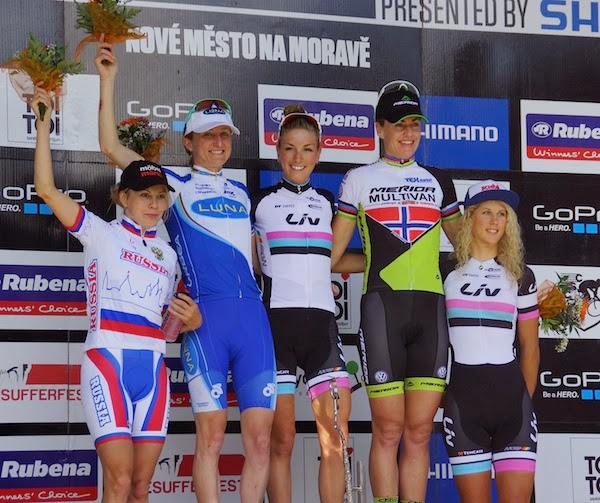 BBQ time with friends from Orbea and Oakley 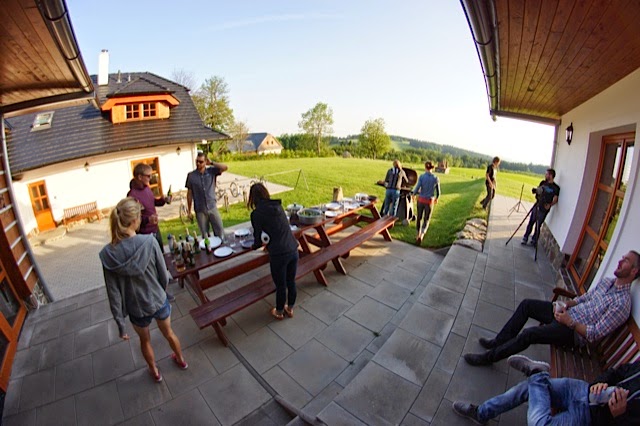 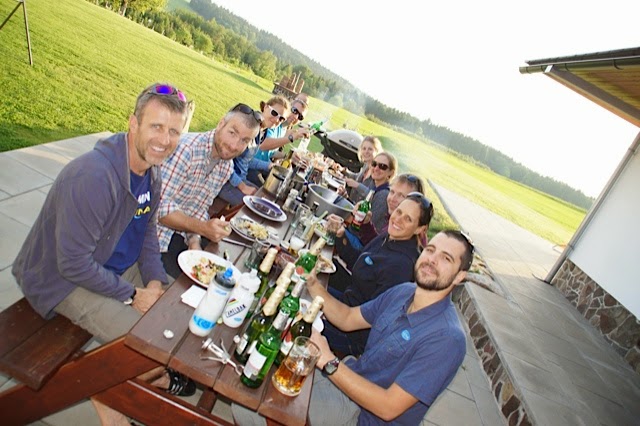