- October 20, 2015
Twenty-four hours after boarding my first plane in Kamloops BC I stepped off of another into the gathering heat of a spring morning in Brazil.  Five members of Team Canada connected in Houston, Texas for the final 10hr flight into Rio De Janeiro, the host city of next year’s summer Olympics.

This was my third Olympic test event and each has been an incredible experience. Test events exude the excitement, magic and adventure of preparing for an Olympic Games without the actual pressure of Olympic performance. They are the one high-level event where athletes are encouraged to be tourists, soak it all up, familiarize yourself with the city, the course the venue.  To train as long and as hard as you want on course to get to know it, without needing to ensure the appropriate rest to perform on race day. As long as you’re learning what you need to improve for next year, then mission accomplished.

Test events are also incredible collaboration opportunities between athletes, coaches, mechanics, sport scientists and officials.  Everyone there wants to create an event and a team that will be absolutely world class. The relaxed collaborative environment is energizing, making you feel excited about what you are doing in that moment, about the journey that lies ahead and about the community that will share that journey. 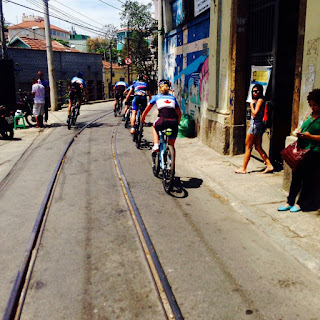 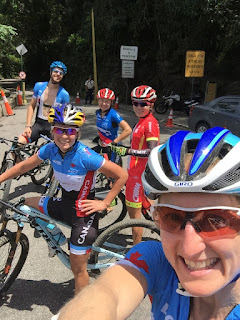 We arrived on a Wednesday, but the course was not available to view until Friday so rather than getting right down to business we were forced to be tourist with ocean swims and body surfing in Ipanema and urban rides along Rio’s vast beach fronts like Copacabana hopping on and off of the extensive Bike Rio path infrastructure, dodging streams of beach goers, vendors, share-bikes and the occasional discarded coconut.  Rio’s poverty confronts you with every glance at a dilapidated building or human curled up on a makeshift bed of cardboard. There is so much Graffiti, some of it really amazing, that you feel the city and it’s citizens have given up on trying to clean it and instead embraced its character. Rio’s homeless rate is as soberingly real as its landscape is intoxicatingly surreal. 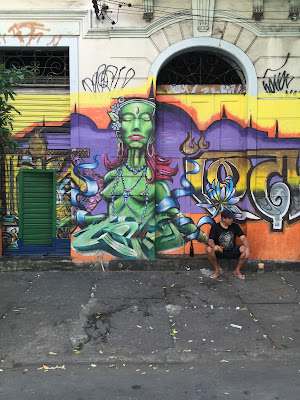 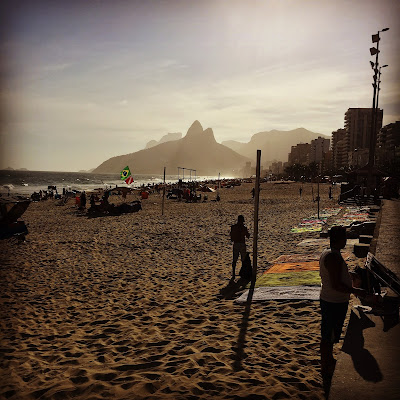 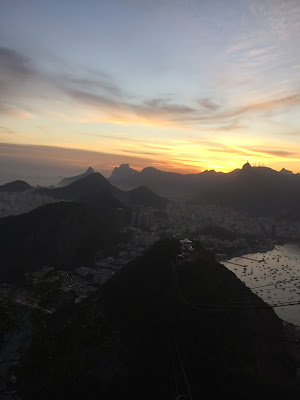 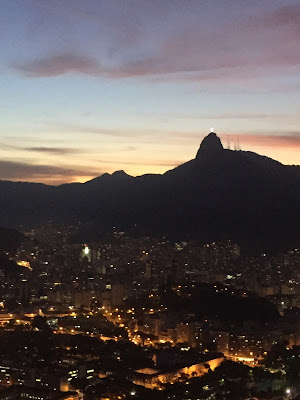 Christ the Redeemer looks down on you from almost every angle and once you’ve climbed to the top, as of course we did; running into the French, Kiwi, Slovenian and Chinese teams, you are rewarded with a spectacular panorama. 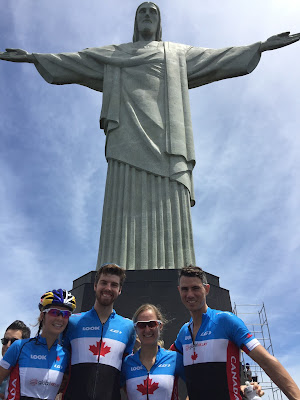 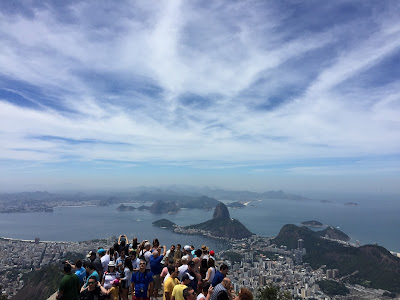 Once training opened our Brazilian hosts transported us from Rio de Janeiro out to Deodoro park, a military compound converted into the BMX, white water Kayak and mtb venue.  The venue is flanked by lush green hills and even in spring reached a humid 40 degrees each day.
The venue and event were spectacular.  Recruiting Paul Davis, London’s 2012 technical operations manager, and South African course designer Nick Floros, we were presented with a high quality ready-to-race course.  Does it look totally man made?  Yes, and I know this visually looks wrong to many of us.  Where are the trees?  The natural terrain? I would love to show the world that mountain biking is the beautiful singletrack I wind through at home, but that’s the issue, it is incredibly tough to film and share racing through dense forest.  85% of this track is visible from one viewpoint. It is highly accessible for spectators to run from section to section, it’s fun and it provides all of the essential elements of mountain bike racing, a technically, tactically, and physically challenging course, yet it can also be filmed, shared with the world, and stand up to whatever weather conditions mother nature throws at us race morning ensuring a quality event.  Yes, Rio’s got it dialled.
The women’s and men’s test races went smoothly.  Some riders succumbed to the heat, flat tires and off-season fitness while others left with some sweet bruises after getting into fights with the rock gardens, but on the whole I think everyone left excited with the track and motivated to come back and crush it next August. 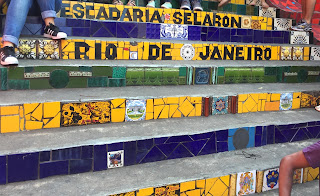 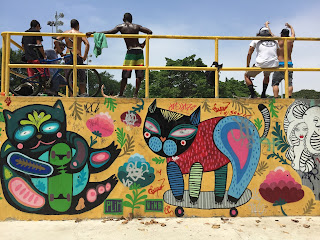