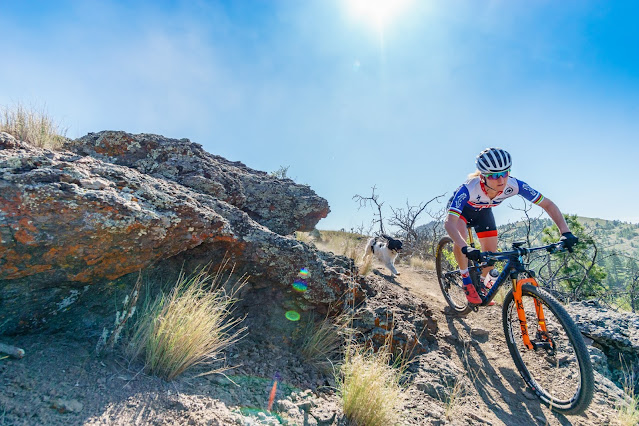 Three-time Olympian and 2016 Bronze medalist Catharine Pendrel grew up riding horses and later bicycles in New Brunswick, Canada.  After finishing 6tth at the Canada Summer Games mtb event in 2001 for Team NB she moved to British Columbia to complete her BA in Psychology and Sociology at the University of Victoria.
While in BC she met Coach Dan Proulx and husband Keith Wilson whom helped guide her to three Olympics, two World Championship titles for Canada and 40 World cup podium finishes. She now lives and trains in Kamloops BC and has raced professionally for the Clif Pro Team (formerly Luna) since 2008.
She capped 2016 with an Olympic Medal and World Cup Overall title and continues her pursuit of the top step of the podium with a big goal being the World Championships in Canada in 2019.

Off the bike Catharine became a new mom to Dara this year, she sits on the Kids League Committee for the Kamloops Bike Riders Association's KBRA Kids League and was Club president from 2016-2018. Catharine is also the Vice President of People in Motion's Board of Directors.  She and her husband Keith Wilson formed Pendrel Racing in 2017, a cross-country mtb development team created to provide opportunities for the next generation of Canadian Mtb racers.
Olympic Highlights