- June 27, 2007
On Monday A bunch of us headed into Quebec city to check out the sights. It was a provoncial holiday so there were lots of people out wandering the cobbled streets and eating in the patios of restaurants. 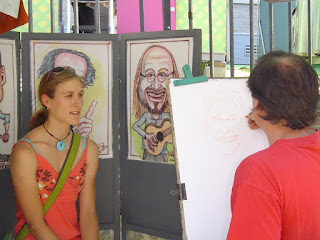 Mical and I got Caricatures done! 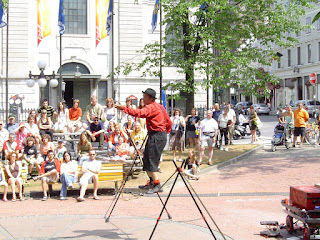 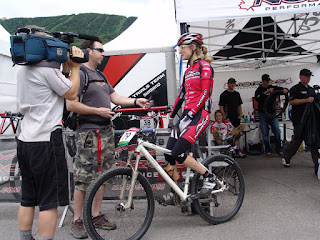 On Tuesday I again headed to Quebec city. This time with Ride Guide to film the intro for the MSA World Cup. Should be interesting to see how a day of filming condenses to a 2 minute intro!

Highlights of the day were the police intervention in our filming, chowing down at the "Crazy Pig" with Chris, Mike and Jerome and getting to use walkie talkies!

Film Buffs: The scene in "Catch me if you can" where he gets caught was actually filmed in Old Quebec city.

Kika said…
there going to send me a DVD when it's done so I'll try to put a link to the ride guide TV schedule at that point
4:47 PM