Showing posts from February, 2012
Show all

Some Cool things about what I do 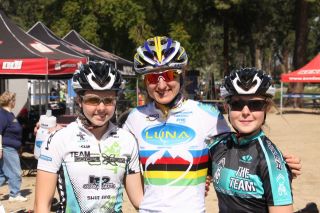 Getting on a plane after a huge snow storm, stepping out of a plane into a warm desert environment, Getting to experience the first blossoms of Spring 3 times in a year, Adventure Meeting amazing people Riding my bike ....Yeah I like my job Riding with the Melcher sisters at a recent Super D Clinic in Fontana, CA care of the San Diego and LA Luna Chixs and Shimano.  Nothing more inspiring that young talent and 15 women of all ages wanting to learn how to push their skills on a bike!!  I love it 10 Days of desert riding in Socal and then off to my first race of 2012, Mellow Johnny's in Texas
Post a Comment
Read more 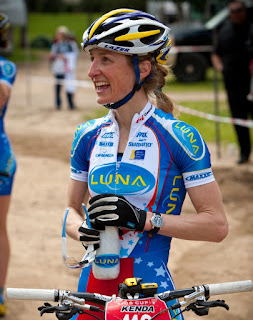 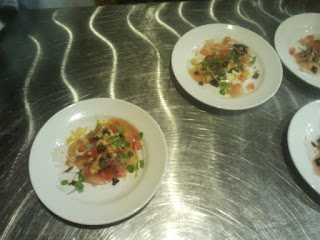 From Kitchen Galerie Poisson in montreal a delicate delight of thinly sliced tuna with a succulent balsamic jelly From Rouge in Calgary Blackend Catfish with citrus beure, so many wowing flavours! Mc’d by an easy going and funny Adam VanKoeverden, I was able to join 6 other Olympic Athletes at, I think, one of the best fundraisers ever; the Grand finale of the Canadian Culinary Championships! As the top 10 chefs from across Canada prepared sample dishes designed to wow our all of our senses, the 150+ guests wined and dined unaware of the nerves undoubtedly rumbling in their stomachs. After cruising around for 2hrs tasting wines and mouth watering dishes, us athletes got introduced and the auctions began. Trips to Tuscany, Napa Valley, Chile and France were on the table. Not only were these vacations, but unique in that they offered private concerts by Canadian musicians such as Blue Rodeo’s Jim Cuddy, Bare Naked Ladies Ed Robertson and our own Barney Bentall (and the Legenda
Post a Comment
Read more 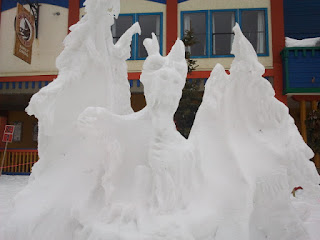 Snow Sculptures at SilverStar Mtn in Vernon, BC Being my last weekend at home before the race/travel season begins I decided that even though I could be riding this weekend it was important that I still enjoy winter for winter. Keith and I already had a date in Kelowna for the Gold Plates Dinner (Canadian Culinary Championships and Olympic fundraiser) so we made a weekend out of it. Two nights away, great coffee, food, 7 hrs of skiing and more fun and I am feeling the satisfaction of having winter freshness as I head off for focused cycling and desert training. On my local ski trails our Stake Lake Lynx
Post a Comment
Read more
More posts