A trip to France was the perfect way to end the mtn bike season.  Flying into Nice, I enjoyed the beautiful Cote D’Azur and hospitality of Orbea bicycles as we launched their latest beauty, the Oiz.
2013 Oiz 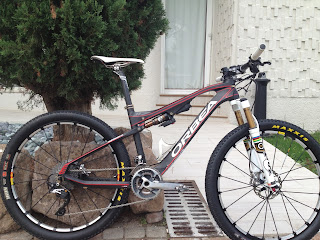 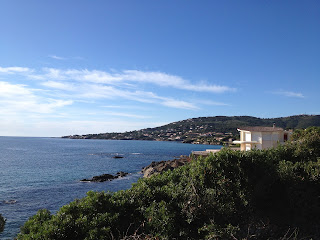 Last year at Worlds, Orbea’s engineers came to visit the Luna team to ask for our feedback in creating a great xc race dual suspension.  They were surprised by some of the things we were looking for, one being that I saw the biggest advantage of a dual suspension as maintaining power over flat rough terrain (seeing more rough grass sections on our WC courses) and for singletrack climbing rather than on the descents.  Races can be lost on descents, but only occasionally won.

After our meeting I kept in touch over email with the engineers and in June the first prototype was ready and delivered to me just days before the MSA World Cup.  I was able to win that race in large part due to the efficiency of the bike.  I just made fewer mistakes than the other girls on the tough technical climbs. 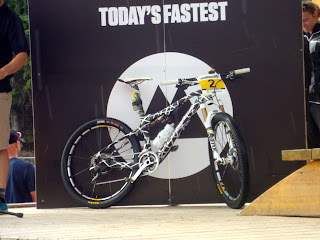 I was honored that Orbea not only valued my opinion, female racer’s opinions, but actively worked to create the bike that could meet all of our demands and have it ready to test months later.  After the first prototypes the bike’s design was refined further to drop 155 grams and add additional lateral stiffness.
Lateral stiffness 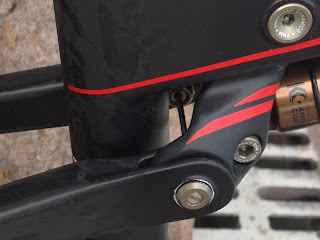 Pitting out of the Orbea trailer at European World Cups I am familiar with the mechanics and staff of Orbea, but there is nothing like going solo to an event to really get to know the guys!  With a mix of French, Spanish and English we had a ton of good laughs hanging out with the 10+ bike testers/press that had come from all over Europe to learn about and ride the Oiz. It felt like the early privateer adventure days of mtn bike racing except also being totally spoiled! 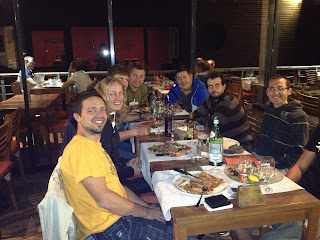 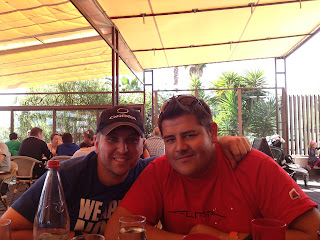 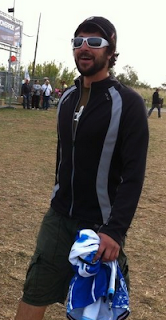 The riding too was great.  Lots of rough rocky descents to test out the suspension, but you expect the bike to be a load of fun here.  It was how it climbed, stiff on hard packed surfaces, but absorbing the rough terrain that really makes this bike shine as a race machine.  No matter the surface you feel that all the energy you put into the pedals propels you forward.

Some nice vistas on course 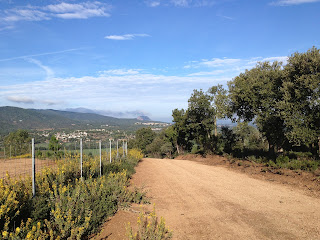 I was a little nervous for the race, or more how my body would feel.  I haven’t been “training” since worlds, but yes still keeping active, so I was not sure how my body was going to feel going race pace and for longer than normal duration.  But I wasn’t putting a lot of pressure on myself either; I’d do my best.  This was about having fun on the bike and enjoying racing. 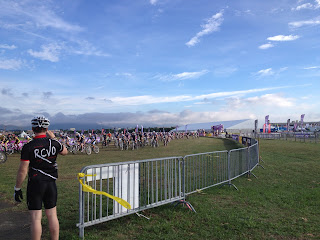 147 women lined up to race.  Going low maintenance I was carrying a spare bottle in my pocket so I didn’t have to stop at any feedzones to fill up during the 44km single loop race.  The start was pretty mellow and I was happy to sit in and not waste any energy.  The first climb greets you about 12-15 minutes in and I thought to myself, well may as well see what you’ve got and went to the front.  Elizabeth (Lissi) Osl and Anna Szafreniak were feeling strong though and wanted to control the front.  The first major climb was the toughest.  I wanted to separate the field, but Elisabeth wanted to control the race.  She upped the tempo in response to my coming alongside, from there we settled into a teeth-grinding tempo with the front of the race whittling down to four women, Lissi, Anna, Irina and mself.  Osl was climbing very strong and there were moments it would have been really easy to decide it was too much and back off, but I wasn’t going to let myself and was rewarded on the descents being a bit smoother and saving energy, recovering.  We kept the pace high for the first hour and then the separation came. 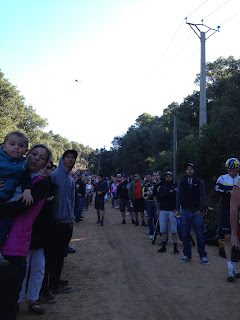 Lissi and Anna dismounted for a tough climbing section I tried to ride, but without a clear track I didn’t make it (should have prepared for that) and was off the bike, but now gapped off them and not the best of runners!  I think Irina was ok with this having yo yo’d off the back on the climbs, now we could settle into a pace together.

So it was now Irina and I chasing. For a long time we could always see them just ahead, but as we approached the tail end of the tandem race and started focusing on the safest places to pass tandems on rocky descents or technical climbs it was harder to maintain or reel in the gap.  In all we passed 107 of the 230 tandem racers! (Isn’t that many tandem mtn bike racers incredible…just another part of what makes this race cool. 17 000 racers do the various events).

Anyhow, Eventually we caught Lissi who had flatted on a descent.  Tough as she was the strongest climber, if not descender and would have definitely finished the race on the podium.  I was able to open on Irina on a couple descents, but lost the advantage being unsure of a couple turns (one in which officials waved me off the course holding up the tape thinking I was someone just out riding during the tandem event!)  I loved the Oiz’s help on the tricky climbs definitely saving energy.

The final 15 km was pretty urban, riding over a beach, up stairs and along the old customs patrol route on the coast where border control watched out for smugglers in days past, back over a long beach section and then along a mostly paved stretch to the finish.  Irina and I traded up pulls and with two corners to go into the finish I surged through each corner trying to gap her before the sprint, it was not in the cards though and she nipped me at the line. 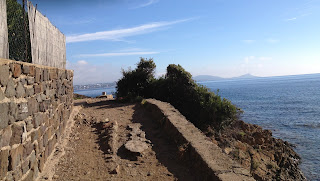 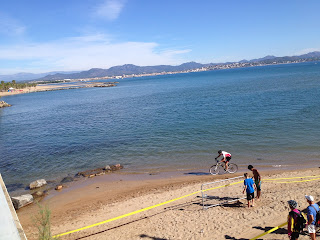 I finished 3rd having really enjoyed racing my bike and the new experience of Roc D’Azur.

Thanks Jokin, Julien, Ivan, Alex, Xabier, Joseba, Banate for bringing me over for the adventure and taking such great care of me and the bike! 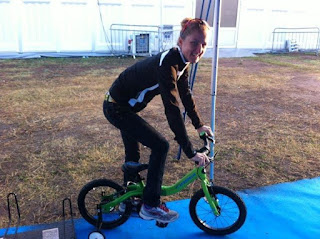