Showing posts from November, 2013
Show all

Where does Yoga fit in? 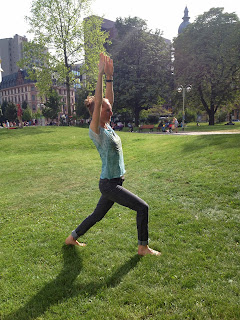 Discovering Yoga has been a welcomed addition to my training regime.  One of the bonuses of being a full-time athlete is having more time for it!  Ironically, it is when we are crazy busy and think we don’t have time for it, that it is really needed!  It is amazing how taking time to slow down and breath deeply can alter an entire day. Escaping to a park on a 10hr layover to take in some sun.  Travel energy restored! So where does yoga fit into my cycling training? I like to start my day with it and this is something that everyone can do.   Take 10 minutes first thing in the morning to gently wake the body up with some sun salutations.   Start the day breathing deeply and becoming aware of how your body is feeling.   It takes only a few minutes to increase your range of motion and bring some heat into tight muscles.   This is also an ideal time to add in that core workout you like to avoid!   Spend another 10 minutes doing some crunches, planks, core rotation and hip stren
Post a Comment
Read more 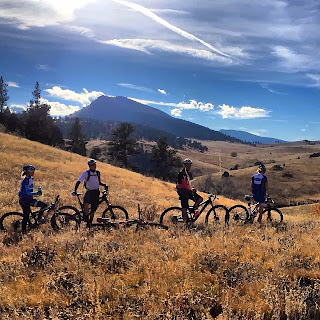 Centennial Cone Never having done any high altitude training before, I figured it was finally time to give it a try.  October isn’t the typical time for a cyclist to head to altitude, but this wasn’t about peaking for an event, it was about seeing how my body responded to it when it wasn’t going to mess up a World cup result. So by mid-October I was off to Colorado, first spending some time near Denver at 1700m and then heading up to 2800m for another 12 days. I think the first week was the hardest as I learned going too hard too early would feel horrible, but this was easily remedied by daily hot tub sessions so all was well. Whether or not altitude actually makes you faster at Sea level is still debatable after many many studies.   There are those who swear by it and those that debunk it.   There is some evidence that altitude works, not because it creates physiological changes, but rather because of a placebo or “training camp” effect. In other words you think yo
Post a Comment
Read more 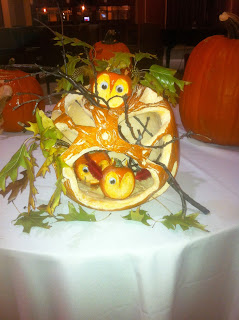 Sweet pumpkins at our host hotel   Coming into the finish of Iceman in the lead is one of the more memorable moments of my career.   With 4000 people starting the race before the elite women and a beer garden at the end, there are a lot of people waiting for us at the finish, making a lot of noise. Perspective; it’s a funny thing, For the last hour of racing I thought I wasn’t able to create a pace or move hard enough to shake Chloe, meanwhile Chloe thought “ Catharine’s pace was insidious… I had a long time to suffer on her wheel.  I wish I could say that I was waiting to make a move… but that move was only going to be dropped.”   It was a lesson for me in sticking to my guns and persevering even if success is not immediately apparent . After racing Iceman two years ago …my first race as the World champion, I learned a thing or two about how to race the course.   DO NOT DO ALL THE WORK!   Actually that isn’t fair; Chloe Woodruff and I traded up pulls equally in 2011 for
Post a Comment
Read more
More posts