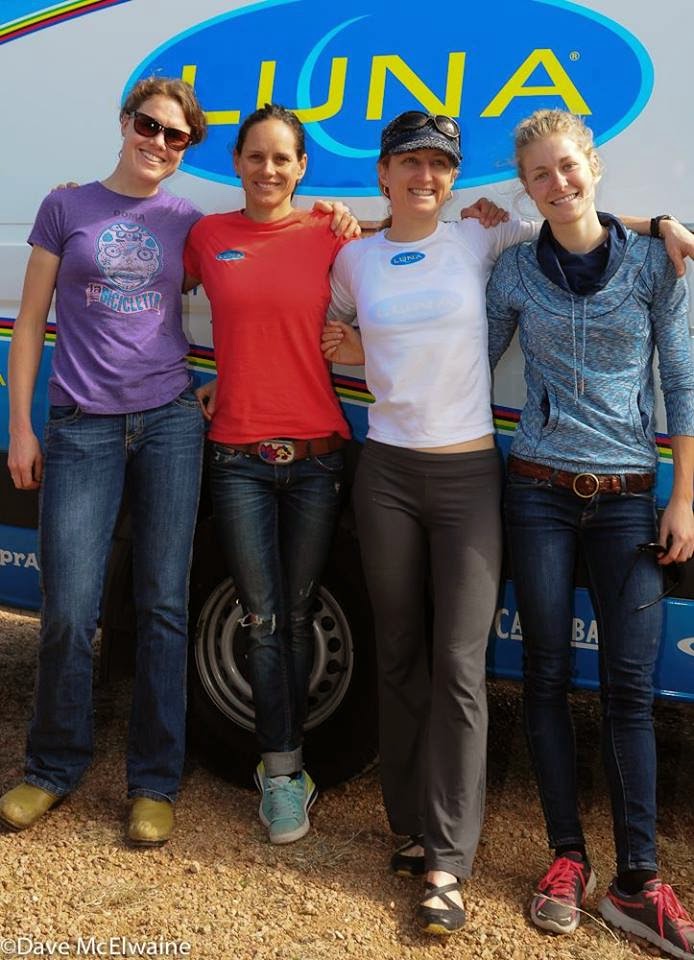 Racing has begun with the Mellow Johnny’s classic; first stop on the US cup circuit.  After 3 months off racing Luna reunited in Austin for the first trip of 2014.  Cyclists are pretty like-minded, within hours of arriving that evening we ended up at the same grocery store as Team Scott and Kona and got caught up on months off the circuit over a Whole foods dinner.

The course in Texas was a ton of fun.  Rocky descents and lots of little rock step ups between twisting fast wooded areas.  The average grade is 0%, but only because every little grunt we go up is balanced by a loose fast descent.  Keeping air in the tires, being well positioned into the woods and heat management were going to be the critical race factors. 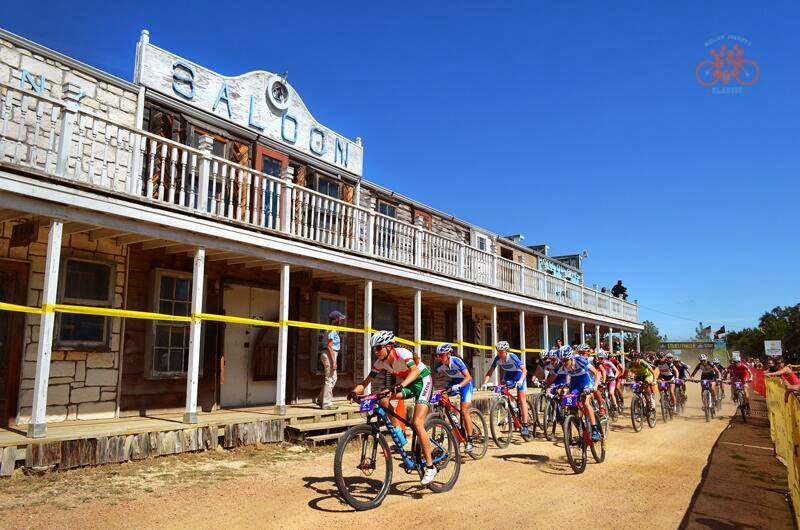 Race day was clear, sunny and 30 degrees.  I raced conservatively lap one but with a timed hard effort on the biggest climb I was able to grab the lead and take only teammate Katerina with me.  At mid lap there was a non-flagged off corner that I missed but Katerina caught.  This was the corner that would later catch Emily and Rachel, but I was able to do a quick 360 and sprint back up to Katerina.  We raced the rest of the day together which was fun and hardJ Knowing that she was the stronger sprinter it was up to me to try to get away before then.  Unfortunately for me, Katerina could match me on every climb and descent, but I liked being pushed and was happy with 2nd and the way my body felt in its first real test.

Looking forward to the next two stops in the US Cup series in California at the end of the month, But first some fun with my new teammate Maghalie.  We spent another two days in Texas hoping to enjoy some hot weather but instead got rain, wind, freezing rain and some sub zero temperatures… what happened to that 30 degrees of the day before? 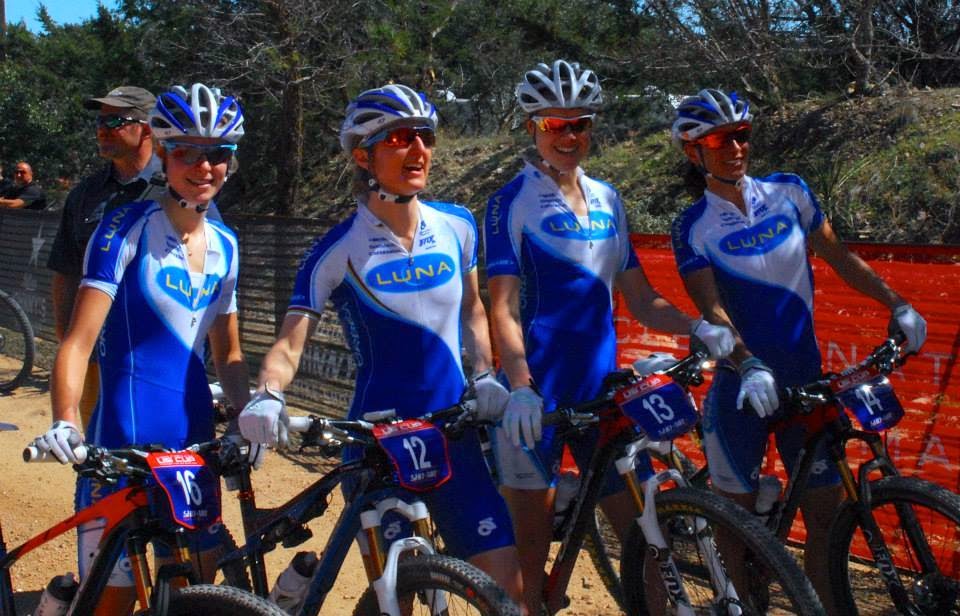