Showing posts from 2015
Show all

Twenty-four hours after boarding my first plane in Kamloops BC I stepped off of another into the gathering heat of a spring morning in Brazil.   Five members of Team Canada connected in Houston, Texas for the final 10hr flight into Rio De Janeiro, the host city of next year’s summer Olympics. This was my third Olympic test event and each has been an incredible experience. Test events exude the excitement, magic and adventure of preparing for an Olympic Games without the actual pressure of Olympic performance. They are the one high-level event where athletes are encouraged to be tourists, soak it all up, familiarize yourself with the city, the course the venue.  To train as long and as hard as you want on course to get to know it, without needing to ensure the appropriate rest to perform on race day. As long as you’re learning what you need to improve for next year, then mission accomplished.  Test events are also incredible collaboration opportunities between athletes, coache
Post a Comment
Read more

- September 21, 2015
It   was with disappointment, but not necessarily shock, that I read about a fellow competitor, Blaza Klemencic, testing positive for EPO.   (With improved testing, a sample from 2012 was retested) http://www.afp.com/en/news/klemencic-gets-provisional-ban-international-cycling-union Blaza was the kind of person that would try to start a race with two feet clipped in and holding onto the start rail (both rule violations) when everyone else started with one foot down and both hands on their handle bars.  After warnings from officials she would do it again the following week.  Some people will cheat to get ahead, but most respect the rules of the game. I choose to believe that mountain biking is 99% clean, although this revelation shook me a little. I have been fortunate to win a lot and to know that when I haven’t won, it was because I wasn’t at my best.  It wasn’t that others were impossibly fast, they were just better riders on the day. I made mistakes technically, tactically
18 comments
Read more 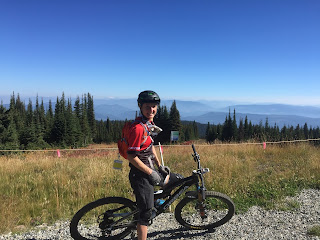 After touring Spain and getting in a couple days at home it was time to go back on the road, this time to Vegas. Vegas is always a crazy experience of busy days, limited sleep & limited exercise.   The oxygen infused, dimly lit rooms create a time warp where you become unaware of how many hours have passed. Home just long enough to get out on the play bike a couple times Riding SilverStar The view from my hotel There are several highlights of the show for me.    One is Cross Vegas which this year became a World cup, another is our annual ClifBar Party.     Cross Vegas Venue   Cross Vegas is awesome, not only because we get to be outside moving, but because we race under the lights at 8 pm with about 12000 industry folks out having a good time and cheering us on.    I wasn’t really sure what to expect of my first cross world cup, but was excited to get out there with my Luna teammates and our guest rider Eva lechner to crush some laps. The race went way better
Post a Comment
Read more 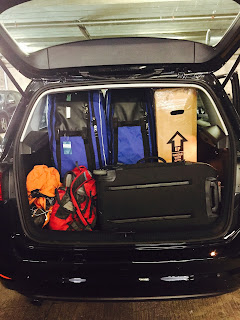 The last month has been one of the most fun of my racing career.   I love travelling for races, but so often we are in and out of these amazing areas before you can get to know and explore them.   With worlds at 1900m this year, the plan was to head over early to acclimate and enjoy training in Europe.   First stop was Livingo, Italy where we ran into some of Canada’s fastest xc skiers Devon Kershaw, Alex Harvey and Jessie Cockney.   Fun fact: Alex Harvey and I both raced mtb Worlds in Livingo in 2005.   Fitting it all in the rental car Mornings always start with coffee stop Keith and I scoping out some cols lots of beautiful places to explore   After 10 days of training with my favourite training partners; Sandra and Keith, we were off to Val di Sole, Italy for World Cup finals.  To get there we drove over famous cols like the Gavia and Tonale. The Gavia is so narrow it is handwork just to drive. After a tough race in Windham I was feeling recovered an
Post a Comment
Read more
More posts